Wes Anderson is synonymous with dreamlike cinematography, Bill Murray, and deadpan characters that are nonetheless fan favorites. Haven’t heard of him before? He’s the man who popularized disturbing, animated foxes and Owen Wilson. To say he’s unusual is an understatement: the man is a more of a surreal artist than your average film producer. Salvador Dali would’ve immortalized him in a psychosexual painting, I’m sure of it. Grand Budapest Hotel, Moonrise Kingdom, and The Life Aquatic with Steve Zissou are cult classics of Anderson and my top 3 films – even their titles are word-play fantasies. Smuggling prison break-out tools in cakes! Runaway tweens who dance in underwear and in love on the rocks! Bill Murray grooving to techno in a wetsuit! That’s movie perfection to me. Watching his work is a mind exercise, all the characters and subplots tangling together in 120 minutes. Anderson’s go-to actors – Owen Wilson, Adrien Brody, Willem Dafoe, Bill Murray – are flawless, hilarious and sometimes daft.

Despite the artistic scenes and the brilliant dialogue, these films are also dark, nightmarish, and a little messed up. M. Gustave of The Grand Budapest Hotel takes advantage of elderly women (and coaxes them to have oral sex) for their wealth. Fingers are sliced off and murders are also committed nonchalantly. In The Life Aquatic With Steve Zissou, there’s a female crew member who is always topless for the men’s amusement. A journalist is pregnant and sleeps around with Zissou’s son, Ned, who is not the real father. And have you seen Fantastic Mr. Fox? It’s bizarre, and I would never show my children the robotic foxes. Anderson’s characters aren’t moral or cheerful, but they’re more lifelike than any Hallmark or TCM chump.

The pretty scenery and costumes can’t erase the undercurrents of parental cheating, verbal abuse, and depressive chain-smoking. However, even if I disagree with love affairs and double-dealing wills, Wes Anderson films are comforting to me. They’re nothing like watching Inception or The Handmaid’s Tale and feeling confused/assaulted afterwards. I know what to expect from his writing style and random slips of creativity – it’s like watching a movie my mind would’ve directed. I’m reminded of being 12 or ambitious or in a funk, and the recurring themes (i.e. beanies, record players, and random breasts) are reassuring. Also, his movie soundtracks are divine – Anderson even hired an actual Bossa nova singer, Seu Jorge, to sing Portuguese David Bowie covers throughout The Life Aquatic. 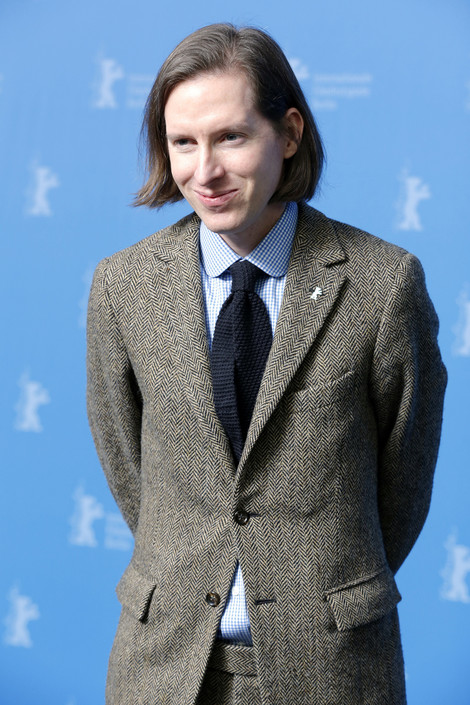 In an interview with Vanity Fair, Anderson said “That’s the kind of movie that I like to make, where there is an invented reality and the audience is going to go someplace where hopefully they’ve never been before.” Adventure isn’t synonymous with the outdoors, and I realized that after watching The Grand Budapest Hotel for the first time. Anderson’s humor (which sets the tone) is drier than a British comedy, but that’s my cup of tea with milk and no sugar. Even the fictional places (i.e. New Penzance Island) become real, or at least more appealing than this divided and broke country.

The genius of Wes Anderson is that he balances the heavy with the light, making his films neither sob stories nor acid trips. His film style is akin to the 2012 adaption of Ana Karenina. The “scenes” were a stream of moving stage sets, balancing the right amount of drama and the whimsical. Effortless to watch; an art installation as well as a film. Anderson builds his worlds – some retro and some underwater – the same way, dragging the viewer along on his hipster adventures.